How to Stop Impulse Buying

Hypnosis can help you buy what you need, not what you want 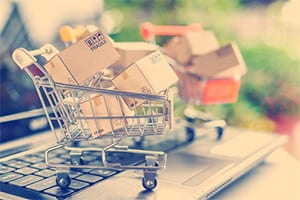 What did people do in the days before there were shops?

Did people in the Middle Ages drop down to the local store and see if there was anything they fancied?

Or is impulse buying a wholly new behavior, a product of the capitalist 20th century?

Old or new, it’s clear that buying things on impulse, if it has become a habit, can bring a lot of trouble in its wake. And it’s hard to stop.

Why impulses can lead you astray

We don’t really understand our impulses. We feel an agitation, an urgency, an irritation, a dissatisfaction, and we cast about for something to soothe it.

In the western world we are surrounded by a cornucopia of material goods, and bludgeoned by incessant messages assuring us that such goods will satisfy every want.

It’s not surprising that our impulses often drive us to the shops. And what do we do there?

When impulse fails to satisfy

Once in the stores, the glitter of material goods is within touching distance. The feeling of urgency increases. We start purchasing whatever is our particular ‘thing’.

It feels very satisfying at the time. We are buoyed up on a wave of acquisition. But then we get it all home, and look at it next day, or next week, and we sense that hollow feeling of dissatisfaction in the pit of our stomachs.

And what do we do with that dissatisfaction? Head to the shops again. The siren song of the advertisers calls us back once more. Spend! Spend! You’ll feel so much better when you do!

What impulse is for. And what happens when we don’t listen.

What has happened is that we have lost touch with the real purpose of our impulses. Agitations, dissatisfactions, irritations and such like arise in us because there really is something that we need.

But instead of patiently setting out to identify what that is, and to respond to it appropriately, we allow ourselves to be seduced by the blandishments of the advertisers that they have the answer to everything.

This means that we almost never satisfy our real need. And because it isn’t satisfied, that agitation rises up again. And we get caught in a vicious circle.

And once that has been spinning us around for a while, we have a habit, with a repeating pattern that we don’t know how to escape from. And we have lots of possessions that we’d be better off without.

Escaping from the grip of impulse buying with hypnosis

Unconscious behavior patterns like impulse buying are difficult to address directly. ‘Just say no!’ is the commonest advice you will get – but it doesn’t address the psychological factors underpinning the behavior, and you may find your will-power isn’t up to it.

But when you work on the unconscious pattern through your own unconscious mind, in hypnosis, it becomes much easier to bring about the change you want.

Stop Impulse Buying is an audio hypnosis session which uses powerful hypnotic techniques to help you take back control from the buying habit which has been controlling you.

You don’t have to go to war with yourself – that’s a battle you can never win. Instead you allow the suggestions in Stop impulse buying to take you into a deeply transformative state which just punctures the power of that impulse.

The inner clarity you attain will allow you to see your life from a new perspective, and to begin to see what your own goals and resources really are. You’ll still be able to buy whatever you choose – but you will notice that it’s now really you who chooses, and knows what you’re choosing.

Download Stop Impulse Buying and get back control of your purse strings. You can listen on your computer or device or via our free app which you can access when you have completed your purchase.

Sign up free using the form below to get your first video instantly: