How to Rewrite Your Own Life Story 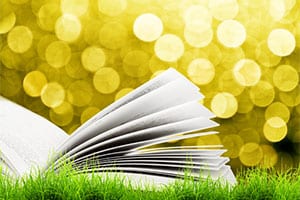 Is your ‘life story’ a sad tale of disappointment and woe, in which you feature as the victim, or as the hero who wasn’t?

Humans are storytelling creatures. We make sense of the world through telling ‘stories’ about it.

Nowadays we call some of those stories ‘scientific theories’, but they are still essentially stories. Just better grounded.

And we make sense of our own lives by telling a story about ourselves.

“I was born in such and such a place, in the hard times that followed such and such an event, and my parents struggled to raise their kids. I was the youngest, and they didn’t have much time for me, and my dad wasn’t home much anyway, so I rather ran wild…” and so on.

Life stories do contain some facts

Of course, some of our personal story is also grounded in fact. You can usually determine ‘facts’ like when you were born, or how many children there were in the family, and in what order they were born, and where the family lived or how they supported themselves.

Evidence for external events like wars, disasters, economic recessions (or recoveries), changes of government, and so on can usually be tracked down and checked.

But the rest of it, the story of what the facts mean, what they say about us, we make up. We build an interpretation of events constructed out of what we think we remember and our emotional response to those supposed memories.

The word ‘supposed’ is used deliberately. It’s illuminating to attend a family event where everybody is reminiscing. They ‘remember’ the same events very differently – sometimes to the point of punches being thrown.

The consequences of an unfairly biased life story

The story we tell about ourselves matters, because this is our ‘identity’. A a deep part of our sense of who we are. And so the content of the story matters too.

If you are telling yourself a story about what a failure you are (because this is your interpretation of those supposed memories), this isn’t going to make you feel very good about yourself. And if you don’t feel good about yourself, how can you make the most of your life?

A story about your inadequacies, moreover, isn’t necessarily a story you made up all by yourself. People who have had a harsh upbringing, where they were constantly criticized and put down and told they would ‘never amount to anything’, often tell themselves a story of being a failure not because they know this to be true but because that’s what they heard all the time.

So they’re telling themselves someone else’s story about them.

The consequence is the same. Because they believe the story, they don’t go for opportunities that come their way, they hold themselves back, they don’t believe that good things can ever come to them, so they don’t even try.

And, of course, that confirms the truth of the story, so they believe it even more, and many good things that they could have had pass them by. It’s tragic.

But the good news is that, whatever happened to you in your life so far, however sad and downbeat your story, you are not stuck for ever with a life story that imprisons you.

You can write a story that liberates you.

Hypnosis is a great way to come up with a better, fairer life story

RewriteYour Life Story is an audio hypnosis session developed by experienced psychologists to help people escape from the limiting effects of an overly negative narrative of themselves and their lives.

As you relax and listen repeatedly to your download, you’ll notice that you;

DownloadÂ RewriteYour Life Story – and next time, tell yourself a good one.Â You can listen on your computer or device or via our free app which you can access when you have completed your purchase.

Stop and Smell the Roses

Sign up for free below and get your first email instantly.